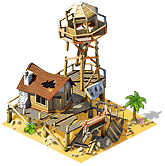 You can start repairing the Pharos once the Bridge has been repaired and land region 1 has been bought. You need to repair the Pharos before you can start claiming any water territories south of the island.

The information on the repair and upgrade quests below is taken from the game and its configuration files and should be 100% complete and correct at this moment. The quest information for the upgrade stages will be updated as soon as possible. 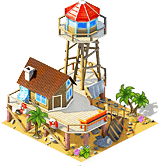 Rewards for repairing the Pharos

First upgrade for the Pharos 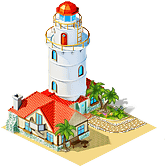 Second upgrade for the Pharos 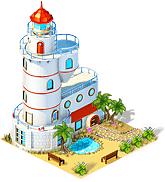 This upgrade is not implemented yet. Therefore there is no confirmed quest information for this upgrade. There are however some hints in the configuration files of the game, shown below. The only thing we know for sure about this upgrade is that it is required for buying water regions 9 and up.

Besides the ridiculous amounts of $ and energy zaps that will no doubt be required, these are the quests we could find:

Besides the unconfirmed upgrade quests for the first and second upgrade, there are some other quests of which it is unsure to what stage they belong. They might as well be meant for the unimplemented Bridge upgrades. But just to prepare you for what might be coming up:

Community content is available under CC-BY-SA unless otherwise noted.
Advertisement